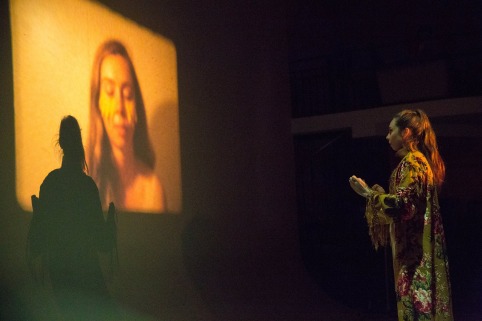 In conversation with Brighid, we learned how DFA selects films for this longstanding festival in partnership with the Film Society of Lincoln Center and how Brighid herself defines dance film. We were encouraged to hear that the dedication and vision of the filmmakers is distinctly important to festival programmers, and we were fascinated by Brighid’s interpretation of dance film as “visual physicality.” We also learned about 2016 festival programming and discussed Brighid’s experience as a performer in Then She Fell, the critically acclaimed immersive dance theater production.