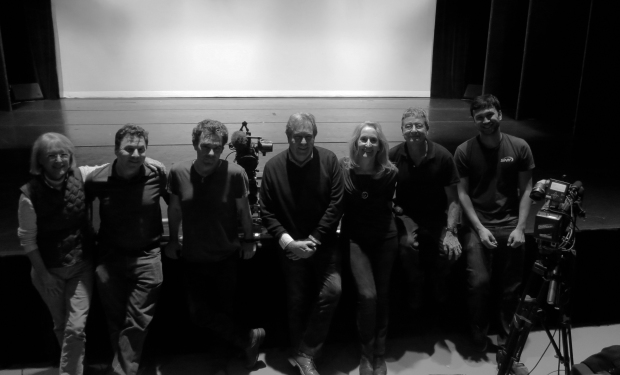 We had an engaging conversation about a recent dance film collaboration between filmmaker Ron Honsa, choreographer Robin Becker, and producer Nan Penman.  Watch the trailer here. We learned how Robin and eventually Ron became inspired by the historical events and subject matter based on the book They Marched Into Sunlight, written by Pulitzer Prize winning journalist, David Maraniss.

Into Sunlight is an evening-length dance by choreographer Robin Becker inspired by the book They Marched into Sunlight. The book portrays the tumultuous shift of cultural perspective caused by the Vietnam War through the lens of events in October 1967. By weaving together stories about soldiers in Vietnam with growing social and political unrest on the campus of the University of Wisconsin, Maraniss explores the effects of violence on both those in battle and those at home. (Learn more at robinbeckerdance.org, new & improved site coming soon!)

Ron Honsa, Executive Director of Moving Pictures, first became aware of this dance project three years ago and was immediately drawn to the compelling subject matter based on Maraniss’ powerful non-fiction book. Working closely with Robin Becker and her dancers, Ron documented rehearsals and performance footage from the company’s New York premiere, as well as their recent tour in Vietnam. He juxtaposes dance performance against provocative conversations with the choreographer, author, dancers and several veterans, as well as family members and protesters who are highlighted in Maraniss’ book. Learn more about Moving Pictures at www.mpny.tv.