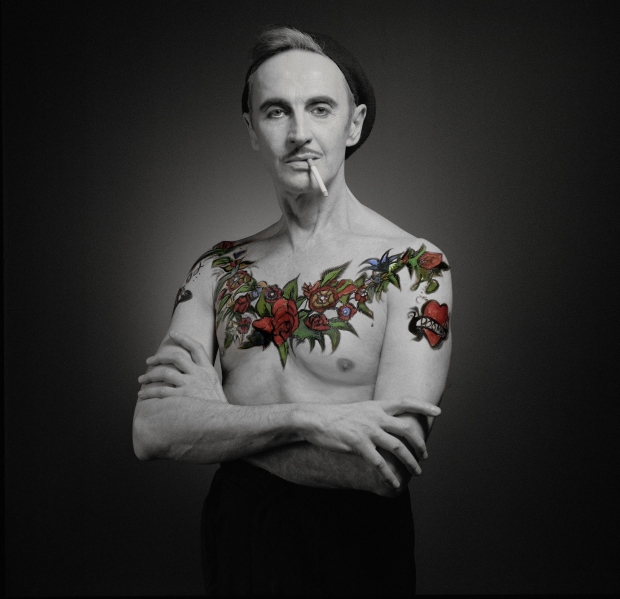 Jessica and Clara interviewed choreographer, dancer, actor, and director, John Kelly, in between rehearsals for his work “Underneath the Skin,” premiering at NYU Skirball this weekend, October 11th & 12th! John took us through his constellation of muses, influences, and inspiration through the years, from his first sighting of baby ballerina on the Ed Sullivan Show, to Nureyev and Fontaine dancing Romeo and Juliette on television, to his training at ABT, followed by the Harkness School with David Howard – and then on to his chats with Gelsey Kirkland, working with Charles Weidman, painting portraits as an artist, watching punk drag queens at Pyramid, and dancing with Larry Ray’s original Trockadero company, the Cockettes. Through this journey, John talked about how he became drawn to art with physicality and expressionism.  For his upcoming show, “Underneath the Skin,” we learned about John’s process of weaving Samuel Steward’s writings, life story, and LGBT history into the theatrical narrative and rich visual design while paying homage to Steward’s heros, Walt Whitman and Oscar Wilde.

John Kelly is a performance and visual artist, vocalist, and dancer whose multifaceted career spans more than three decades. His performance works are sometimes autobiographical or character-driven, and other times focus on the struggles encountered by artists and social outsiders, and the nature of creative genius. He has received 2 Obie Awards, 2 Bessie Awards, 2 NEA American Masterpieces Awards, and fellowships from The American Academy in Rome, and the Radcliffe Institute for Advanced Study. John employs theatrical, visual, movement-based, and vocal means of expression in his works. He will be presenting a new work entitled “Underneath the Skin” at NYU Skirball October 11th & 12th.